Whether you’re in a WFH (work from home) setting or a city office, you’ll likely need an air purifier for office space if you live in a polluted area, such as a city. Regardless, even if you do live in a rural area, other sources of pollution, such as sawdust and wildfires, are also bound to ruin the air quality you have indoors once you open the door (and windows).

We only want you to work in an environment with clean air, which is why we tested some units to give you an idea on choosing the best HEPA air purifier for the money – to be placed in your office space. By trying out these different air purifiers, you’ll likely know which one works best for your needs.

Should I put an air purifier on my desk?

Yes, desk air purifiers are helpful – especially in an office area where space is a luxury. We asked Robert, who works from home in his small condo unit. He told us that the NYC traffic makes him feel suffocated so he needed to close his windows from time to time, but it doesn’t always ward off dust, so he needed an air purifier. 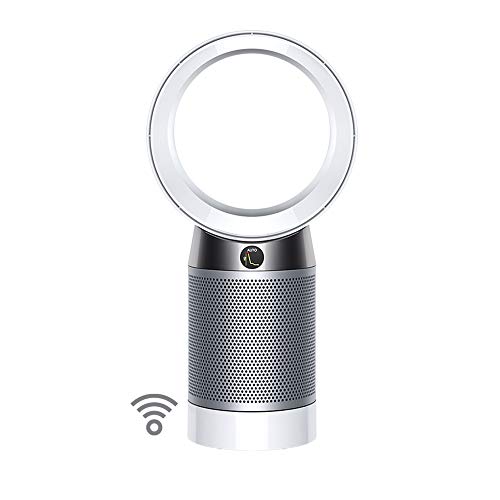 For a small space, the Dyson Pure Cool Purifying Fan DP04 seems like a great option, so we tested it there. By running the portable unit for about 3 to 5 hours, Robert noticed a difference in the air he breathes. He is also a fan of the unique modern design of the air purifier.

Since it has a 350-degree oscillation feature, Robert used it for sleeping with the air purifier. The next day, he told us that he was able to sleep properly despite the musty smell of smoke that comes with typical New York traffic. That’s because it has a sealed HEPA filter for dust and activated carbon for smoke and other smells.

Robert also liked the design of the remote, which can be stored on top of the air purifier as he is often misplacing items around his condo unit. The air purifier also has an auto mode so Robert didn’t have to switch the speeds at night (it also has a night-time mode with a dimmed screen and reduced speed, anyway).

Certainly! With the right air purifier for the job, they can clean up open spaces just as they do with indoor areas. For that, you’ll likely need a unit that’s rated for twice the room size it is intended for. 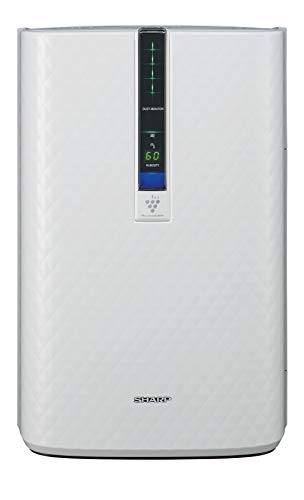 We tested the Sharp KC-850U Plasmacluster Air Purifier on a patio. Casey, Robert’s friend, owns the house with the patio and also works from home, although he receives clients from time to time. His patio serves as a receiving area so he wanted to make it smell fresh.

Unlike Robert, Casey lives in the north, which is more prone to having very cold winters. He’s in luck because the Sharp air purifier has a humidifying function. His patio isn’t that spacious since (around 100 square feet) it’s only meant for receiving one or two clients and having a one-on-one talk about financial matters. The air purifier we tested in Casey’s patio has a rating of 254 square feet.

After about 2 days of testing it, Casey was quite pleased because it’s a space-saving air purifier and humidifier in one. When we mentioned that it’s also nearly ozone-free, he jumped with joy because he always supported eco-friendly products (also the reason why he makes his patio his literal office to save up on energy/lights).

So, if you’re looking for the best air purifiers for small rooms, the Sharp air purifier we mentioned is a considerable choice – especially if lack of humidity is your problem as well (other than polluted air, that is). People with dry skin will like this air purifier due to the hydration it will give. 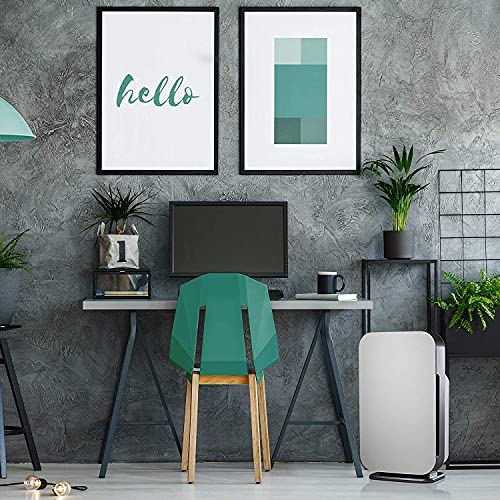 Which air purifier is best for the office?

If you ask us, we think that the Alen 45i Air Purifier is the best air purifier for office use. To test our top pick, we asked Sandra, who works at a law firm in SF, to try out this unit in her room upstairs. As it is rated for rooms up to 800 square feet, surely, Sandra’s office, which is only roughly 450 square feet (to her knowledge), will be easily cleaned.

Of course, she asked his superior, Charles, about moving in the air purifier and he agreed. We left the air purifier in her office for about a day and waited for the results. When we returned the next day, both Sandra and Charles were impressed, as well as the law student intern Kath.

Sandra usually has an onset of allergic rhinitis, and it keeps her from focusing on reading about the cases and other files. She said that by the end of their office hours, she realized that the air got fresher and she didn’t experience many symptoms of sneezing, which she usually does due to pollution coming from outdoors.

However, Charles, as the superior, did suggest the following to our team: 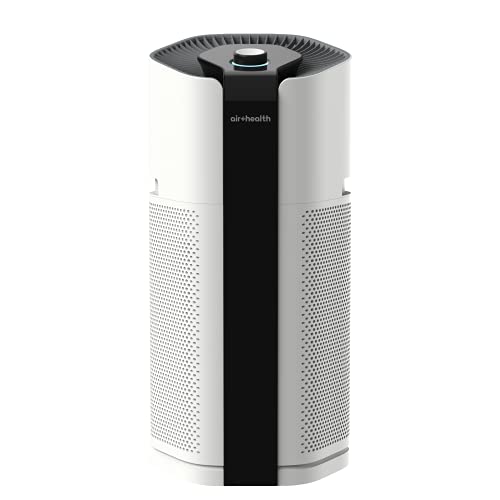 That’s why we also brought in the Air Health SKYE Portable Air Purifier to test – this time, on the receiving area downstairs. Since the receiving area is a studio-type lounge, the 1,200-square-foot capacity of the air purifier worked well.

They tried the air purifier for about 2 days and they received positive comments from the clients – two of which were asthmatic and the other being concerned with her health due to pregnancy. It’s also not that noisy since it runs at only 22 dB, which is great for law firms that require concentration while at work.

Sandra and Charles also reported that they don’t smell mold around the offices anymore. Therefore, we greatly recommend this air purifier for those who need a little more extra air cleaning.

To wrap it up, office spaces will greatly benefit from an air purifier because they often receive clients from outdoors, which can bring pollution into the room, so the air needs to be constantly cleaned. We hope that our top picks helped you decide which air purifier to buy for your office space!

Next post: Indoor Air Quality Testing Equipment: What You Need to Know 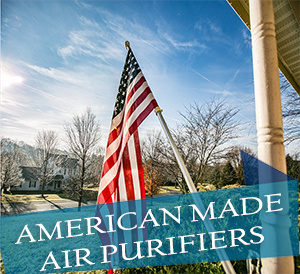